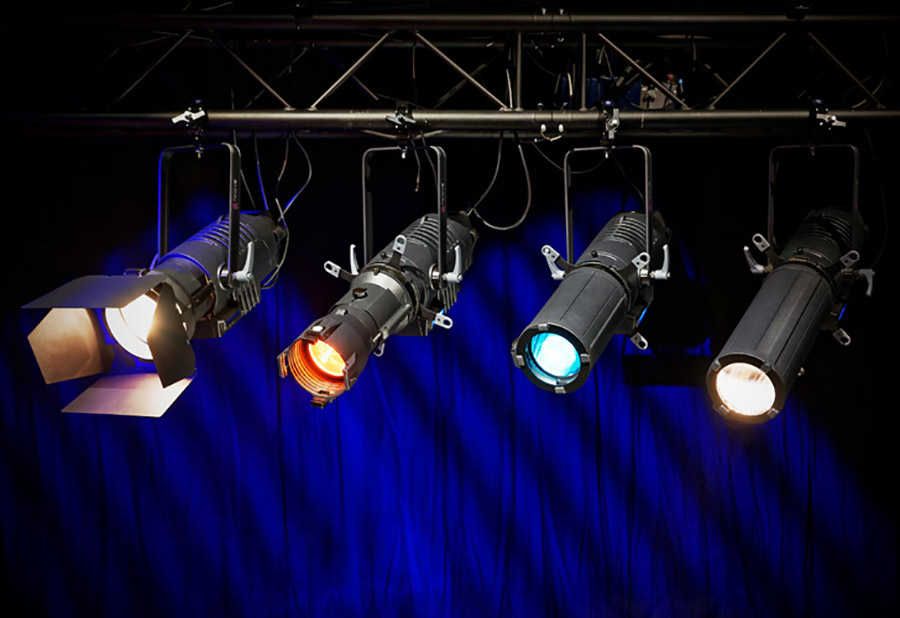 Den Inhalt entdecken anzeigen
1 How does an LED work?
2 So the LED is dimmed by regulating the current?
3 What are the alternative options for dimming?
4 What’s the resolution?
5 Why should the resolution be as high as possible?
6 That almost sounds like I have to choose between high frequency or high resolution?!
7 Then why not use a faster microprocessor?
8 If LEDs are so fast and can be switched millions of times a second, why do some fixtures react very slowly to DMX changes and sometimes even fade out slowly?
9 How do I use what I learned in the article in practice?

Who doesn’t know about it? You have mixed a beautiful white with an LED fixture and the customer asks you to fade out softly in 30 seconds.

The fixture dims down nicely to 30 percent and suddenly the white gets a green tint, which gets worse and worse until the fixture switches off with a big jump in brightness. So why does that happen? Can this be avoided?

This article describes what dimming options there are, what is behind the frequency that can so often be set in LED fixtures, and what influence the internal resolution has on dimming behaviour.

The article’s objective is to enable you to identify and evaluate these weaknesses during a shootout. For this purpose I have compiled a short checklist at the end of the article.

How does an LED work?

A Light Emitting Diode (LED) essentially consists of two touching semiconductor materials with different properties (different bandgaps). Electrons flow through the intersection (junction) as a result of a voltage applied in the correct direction.

At the junction of the electrons, light is emitted. The color of the LED is determined by the materials used. The higher the current flowing through the diode, the brighter it is.

So the LED is dimmed by regulating the current?

The regulation of the current flowing through an LED is one way of dimming LEDs. This variant offers stepless dimming, but this regulation must be very precise and matched to the individual LED. The manufacturing tolerances of LEDs vary and LEDs (even those of the same type) therefore light up with different brightness at reduced currents and also drift in color.

This can be controlled if each LED is controlled individually, but is relatively costly. In addition, in a cluster (several emitters which are combined in a package to form a „virtual“ large LED) of LEDs, this offers little to no added value for the user. In addition, the warming and aging process of the LED massively increases this effect.

What are the alternative options for dimming?

The most common dimming option for LEDs is PWM (pulse width modulation). A constant current is supplied, which ensures a constant, equal brightness for the LEDs.

This largely avoids manufacturing tolerances in the LEDs and other electronic components such as resistors, which primarily affect the applied voltage.

The LED is dimmed by changing the ratio between the on and off phases of the LED within a certain period of time. This makes the LED appear darker than it actually is to our eyes and cameras.

The cycle itself repeats itself x times the second. This repetition rate is indicated in Hertz and is usually called „PWM frequency“.

Shouldn’t I be able to see the LED flickering?

Yes, and no. The PWM frequency should be more than 200 Hertz to show no perceptible flickering to the eye (the cycle should be repeated more than 200 times per second). Cameras, on the other hand, require a much higher frequency because of the way they work, otherwise effects such as the „rolling shutter“ may occur.

The frequency, however, is limited by the electronics used: Microprocessors are used to generate the PWM signal. The frequency or the cycle length then depend on how „fast“ they are, i.e. with which frequency the signal can be generated.

At 16 bit resolution and 1100Hz PWM frequency the LED is switched on and off 1100 times per second, whereby the ratio between on and off time can be varied in 65535 steps. The processor performs this 72 million times per second to decide whether to turn the LED on or off.

Many manufacturers do not specify the internal resolution of the dimming. And even if a device has a 16bit DMX mode, this does not automatically mean that the LED dimming is also executed with 16bit resolution.

Why should the resolution be as high as possible?

The resolution should be as high as possible for several reasons. The first reason would be that, unlike an incandescent lamp, an LED has no filament that needs to heat up or cool down, and compared to discharge lamps, there is no gas mixture that needs to be brought to operating temperature.

An LED delivers full power instantly, and turns off immediately. Therefore we would be able to see the brightness steps if the resolution was too low.

Another problem that can occur when dimming LEDs is that the ratio of nominal to actual intensity is not linear. This is especially noticeable in the lower and upper 5 percent of the brightness, and is differently developed depending on the LED color. Both factors in the LED and in the controlling electronics play a role.

The graphic clearly shows that the colors lime, amber, red, green and cyan are very bright at a low PWM input value. For example, at an input value of 1%, Lime already has an output brightness of more than 2%.

In addition, at a lower resolution it becomes difficult to bring all the colors used in a fixture to the same brightness level, so that a color drift is almost inevitable with mixed colors in the lower 5% of the dimming range.

The problem becomes even more noticeable if a square or logarithmic dimming curve is desired instead of a linear one, as these are much finer graded in the „dark“ dimming ranges.

These extreme variations can be compensated with sufficiently high resolution, good electronics and software, without the steps or drift of the color, especially in the green or red range, are recognizable.

Unfortunately, it is often the case in our industry that manufacturers avoid the problem by simply „cutting off“ the first few percent so that the fixture jumps directly to a higher value of the internal brightness at a low DMX value, thus skipping the problem zone. The result is a relatively high switch-on brightness, which is more or less noticeable depending on the device.

That almost sounds like I have to choose between high frequency or high resolution?!

That’s right. The frequency as well as the resolution are determined by the speed of the microprocessor. As a rule of thumb: Every increase of the resolution by one bit results in a reduction of the PWM frequency by half.

Many LED fixtures offer a menu option to change the PWM frequency. Often this has a direct influence on the resolution.

The microprocessors used in LED fixtures usually operate at less than 200 megahertz. For comparison: A current computer has a clock frequency of up to 3.4 GHz per core, i.e. 8.5 times as much.

Then why not use a faster microprocessor?

One could, however, due to the usually small quantities in the event industry in many cases it would no longer be economical to produce and sell the fixture. Faster processors also become more expensive very quickly and often offer more features than desired. In addition, the processor is not connected directly to the LED, but has a power output stage to switch the high power of the diodes. In any case, the maximum frequency is limited by the power output amplifier used.

There are also several possibilities for the power output circuit:

The cheaper and simpler solution is to buy a ready-made chip that has a PWM input and takes care of regulating the constant current for the LED. However, these chips usually only offer a low resolution for dimming, i.e. a small number of steps during dimming.

The more expensive but better option for the product is to develop a constant current source that regulates the current for the LED and to use a transistor to switch the LED. In this case, the transistor is no longer the limiting factor for the resolution, but a transistor cannot switch with unlimited speed.

If LEDs are so fast and can be switched millions of times a second, why do some fixtures react very slowly to DMX changes and sometimes even fade out slowly?

This is because DMX is a very slow (40 Hz, 40 changes per second) and low resolution protocol. If a fixture is operated in 8 bit mode, there are 256 levels of brightness. Thus one would see steps in the dimming with crossfades.

An extreme case as an example: A fade from 0% to 100% within one minute would change the brightness by about 7.3% per second. The fact that the LED changes the value immediately would result in noticeable steps in brightness.

The internal software in LED fixtures therefore usually carries out a crossfade between the received and the output values. This way the full possible resolution can be used for dimming in the fixture, even if the DMX values have a lower resolution.

In the simplest case, this is a fixed time specified by the manufacturer, which does not account for the rate of change of the values. In some devices this time can also be defined in the menu or via the control channel. „Clever“ fixtures contain algorithms that try to guess what the user wants to do to calculate the internal fade time.

How do I use what I learned in the article in practice?

When doing a shootout of LED products, it is important to take a closer look at these points, as they usually directly refer to the quality of the product. Here is a short checklist:

In the next article I will talk about colors and spectrum, and explain the differences between the LEDs that are being used.

The graphs shown in the article were measured with an Ocean Optics STS spectrometer and then averaged. The values may vary depending on the LEDs and electronics used.

Tutorial: How to projection map a painting

Den Inhalt entdecken
1 How does an LED work?
2 So the LED is dimmed by regulating the current?
3 What are the alternative options for dimming?
4 What’s the resolution?
5 Why should the resolution be as high as possible?
6 That almost sounds like I have to choose between high frequency or high resolution?!
7 Then why not use a faster microprocessor?
8 If LEDs are so fast and can be switched millions of times a second, why do some fixtures react very slowly to DMX changes and sometimes even fade out slowly?
9 How do I use what I learned in the article in practice? 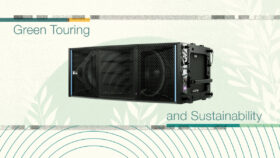 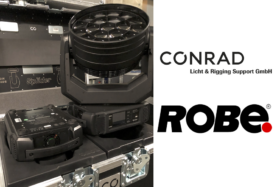 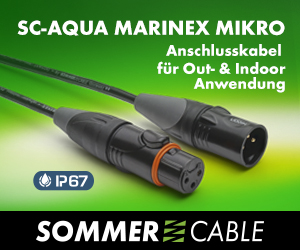 Den Inhalt entdecken
1 How does an LED work?
2 So the LED is dimmed by regulating the current?
3 What are the alternative options for dimming?
4 What’s the resolution?
5 Why should the resolution be as high as possible?
6 That almost sounds like I have to choose between high frequency or high resolution?!
7 Then why not use a faster microprocessor?
8 If LEDs are so fast and can be switched millions of times a second, why do some fixtures react very slowly to DMX changes and sometimes even fade out slowly?
9 How do I use what I learned in the article in practice? 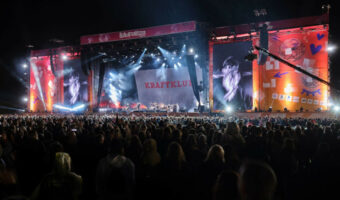 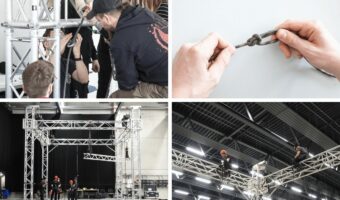 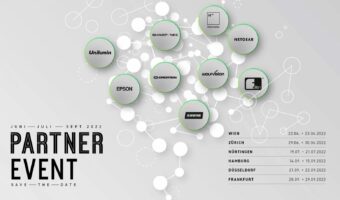 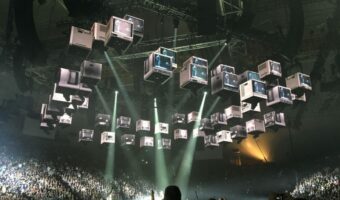 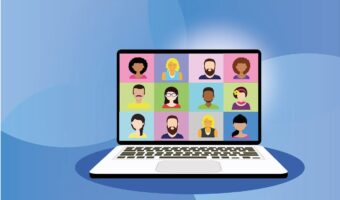 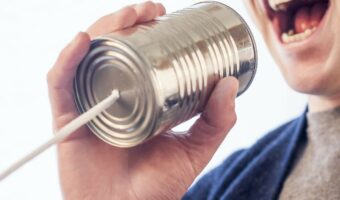 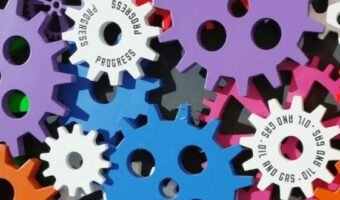 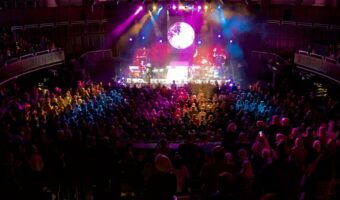